The news is filled with stories of the changing face of retail, as impacted by online shopping. From store closings (Sears, Penney’s, Macy’s, & CVS) to bankruptcy (Gander Mountain, Payless, Gordmans, & HH Gregg), retail faces a tsunami of a headwind.

The retail fallout is also impacting that uniquely American creation – the shopping mall. Shopping malls have historical ties to the Roman Empire, where covered markets, offered retailers and their customers protection from the elements.

“Anchor Tenants”, today, is an ironic term. The same retailing behemoths that helped lure customers to the suburban malls are now empty caverns with limited items and even fewer shoppers. They’ve become dead weight for many mall owners.

Is it time to write the mall’s obituary? Maybe in the traditional sense of retailing, but there are a variety of repurposing efforts that offer some hope:

Inside-Out. Taking a page from big-box retailers (Sam’s Club, Costco, Meijers), many malls have reinvigorated their tenant spaces by turning the exterior walls into entrances for each retailer, allowing the customer with limited time, direct access to their destination.

Offices – Many mall operators are able to offer attractive lease rates (as low as $4/sq. foot) that large sections are now being repurposed. Nashville, TN’s OAK Mall opened in 1967. Over half of the space is now leased by Vanderbilt University Medical Center. In a similar vein, the oldest mall in Northern California has now become tech offices.

In Columbus, Ohio, Huntington Bank has converted more than 200,000 square feet of vacant space into their new operations center. 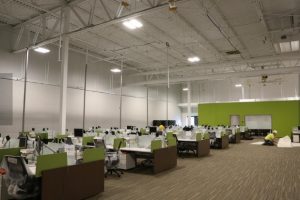 The space is so large that they’ve created “neighborhoods” based on job activities, along with a Main Street and Boulevards to help with navigation.

Residential – One of the oldest shopping malls in America, Providence’s Arcade Mall was recently converted to residential units. 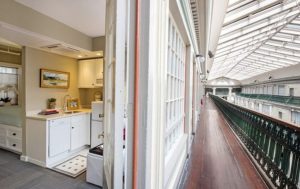 Educational – From charter schools to colleges, malls are being turned into learning centers. The convenient location to existing populations and large, easily convertible spaces provide an affordable way to expand the educational footprint. 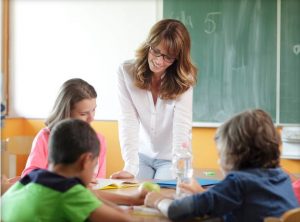 Recreational – From ice rinks to indoor soccer practice facilities, malls are again becoming the after-school destination, but this time for the student-athlete.   In yet another twist, developers have utilized space for miniature golf and year-round go-kart racing. 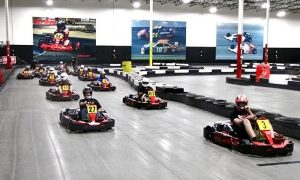 As mall owners experiment with the best “reuse” of their mall space, there are multiple efforts of using the space for convention centers, self-storage units, and even trampoline parks.

Not all the repurposing efforts will generate the economic power of the malls of old, but the numerous efforts help insure that, rather than being a blight, malls space can return, once again, as a draw for community activity and prosperity.